Hairspray at Midtown Arts Center is open now and runs until September 1st.

Hairspray is a musical based on the 1998 film Hairspray. This infectious and funny plot centers around bubbly Tracy Turnblad, whose tubby figure can’t slow her dream of dancing on a local TV program, and whose naive optimism about the divisions between black and white students leads to real social change in Baltimore. The musical was made back into a film in 2007, and both the movie and stage versions have won numerous awards.

HE SAID:  The show won a ton of Tony Awards for its stint on Broadway, and for good reason. It really is a true gem in the musical theatre canon. It handles a rough period in our nation’s history by talking about the turbulent times around integration and does so with humor, heart, and drive. The music is is remarkably catchy and includes one of the best finale numbers ever written.

SHE SAID: We’re on the same page here — the raw material for this show is close to perfect. I’ve seen productions of it that have lifted my mood and given me energy for days afterward. The humor is well-written, the plot moves along quickly, and has just enough turns to keep us interested and invested in the story. The music is incredibly catchy, fun to hear, fun to attempt to sing in your car when you think no one is looking, and the dance numbers provide opportunity for incredibly fun group numbers.

HE SAID: The group numbers are some of the standouts for this show, so it is fortunate that the group sound is also the best part of this production. The harmonies were strong and the sound was robust. My favorites, honestly, were the Supreme-like trio, the Dynamites, that supported the song, “Welcome to the 60’s.” Kelsey Hopkins, who played Tracy’s friend, Penny, was incredibly fun to watch. She was one of the few leads who consistently hit the humor in the show. I found it intriguing that Edna, Tracy’s large mother traditionally played by Michael Lasris, chose to only drop into a deep voice for the occasional punchline. While those punchlines played well, I felt they would’ve landed harder throughout the show if Lasris had used the more masculine voice intended for the part.

SHE SAID: I also really enjoyed Hopkins as Penny – she was both sweet and sassy and played the humor of the role right on. I always enjoyed watching her. I also enjoyed Grant Snuffer as Link — his dancing skill and charisma caught my eye in “The Nicest Kids in Town” before I even knew which part he was playing, so that was just about right! His voice was consistently smooth and exciting to listen to, and he had a Darren Criss-like charm onstage. Maggie Walker as Tracy had a pleasant voice and a bubbly disposition, but her performance missed some opportunities to really blow our socks off. This is a role with a lot of potential, and while Walker hit a lot of the sweetness and optimism of the character, at times she ran out of steam, so instead of having never-ending effervescence, at times she fell a little flat.

Midtown’s Baltimore Could Have More Shine

HE SAID: Although many of the leads held their own, there were several times when they unfortunately fell flat, both in pitch and exuberance, throughout the show. The other biggest issue, for me, was that the lack of a Cyc left a black wall in the back of the stage, casting the set into perpetual night. Aside from the darkness, the bubbly, pastel set designed by Mark Haniuk was cute, appropriate, and seemed to work well throughout the show. However, the dark background wasn’t helped by the small amount of front lighting that was used, which left what should be a bright, technicolor musical with a shadow literally cast on it from beginning to end.

SHE SAID: I didn’t notice the lighting problem, actually (aside from a couple of follow spot mishaps), but now that you mention it, it did seem rather dark. I thought the costumes by Pam Short were really cute, bright and thoughtfully planned. The choreography was cute and inventive in some sections, but a bit thin in others. At times the choreography was performed very well — it was clear the ensemble members could really dance — but other times it was not as clean and synchronized as it could have been, which would have helped accentuate the cuter sections.

Tell us what YOU SAID

THEY SAID: If you’ve never been exposed to the skillfully crafted musical version of Hairspray, you’ll find some heartwarming, funny and entertaining moments in this production. Several individual performances and design elements shine. However, we also noticed a few missed opportunities that prevents the show from reaching its brilliant potential.

One thought on “Theatre Review: Midtown Starts the Beat in ‘Hairspray’” 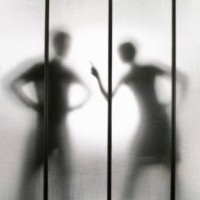