Interview: “reasons to be pretty” at Paragon Theatre Ensemble 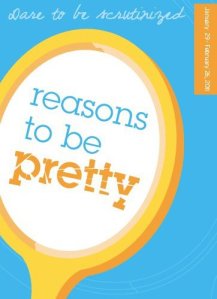 Paragon Theatre Ensemble opens the regional premiere of Neil LaBute’s play reasons to be pretty this Saturday, launching their tenth anniversary season. The third in a LaBute trilogy, including The Shape of Things and Fat Pig, reasons to be pretty explores the importance of superficiality in relationships. Directed by Holly Anne Peterson, Paragon ensemble member, this production stars Brandon Kruhm (Paragon’s newest ensemble member), Desiree Gagnon, Lauren Bahlman, and David Cates (our very own “HE”).
Paragon has a history of choosing powerful pieces that present raw perspectives at relationships, and this choice is no exception. “The ensemble wanted to push ourselves to be really honest and bold this season, and reasons fits…because it is unapologetically both of those things” said Peterson. “Like Fat Pig and The Shape of Things, reasons to be pretty explores the modern day obsession with physical beauty and it is filled with very real, sometimes unpleasant, characters and situations. However, the difference among the three, is that the the character of Greg (in reasons to be pretty), whose offhand comment gets the whole beauty debate going, is the most adult character that LaBute has created. LaBute, himself, described it as his first “coming of age story”, and I think this play really makes a case for doing the right thing.” 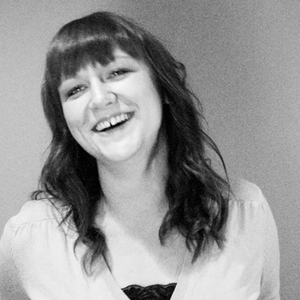 The cast for reasons to be pretty is mostly fresh to the Paragon stage, as three of the four cast members are not in the ensemble and have never performed with the company before. “They have such a high standard of quality in their work – I can only hope I’m holding up my end of the bargain!” said Lauren Bahlman, who plays Carly. Desiree Gagnon, cast as Steph, also expressed gratitude that such a strong ensemble was willing to take the risk of casting outside of it. And after seeing The Real Thing at Paragon last summer (see our critique here), Paragon topped David Cates’ list of theatre companies to work at in the area.

LaBute’s play was a bold choice for Paragon and a draw for the cast in part because of his unique writing style,which tries to capture naturalistic, modern speech patterns.  Many theatre-goers might compare LaBute’s style to that of David Mamet, due to the long, rambling monologues, the cursing, and the lack of presentation or poetry in the characters’ lines. All four actors mentioned that the style made the lines considerably more difficult to memorize, but that there are also some considerable benefits as well. Kruhm called the style, “fun to work with”  stating that “as you start to truly know the words they really can be incredible tools.” And the language might even help with making the performances more natural. “I’ve found that, now that I’m off-book, when I just get “in the flow” of the lines and the scene, it becomes so natural,” noted Bahlman. “I get wrapped up in having this real conversation and forget that I’m saying lines. That is such a magical thing for an actor.”

reasons to be pretty stands out not only in style, but in content, as it brings up some hot-button issues that might be uncomfortable for some audience members to discuss politely after the show. The Broadway production is rumored to be so provocative that one man had to be removed from the theatre for shouting angrily at the actors. The central conflict in the show is sparked by a casual comment that Greg (Brandon Kruhm) makes about his girlfriend Steph (Deriree Gagnon)’s appearance, which could divide the audience (potentially along gender lines) about the take-home message of the story. “During our table work for the play, the cast ended up in some pretty passionate discussions about who was wrong in various scenes, usually with the guys on one said and the girls on the other”, shared Cates adding “but that’s the power of theatre. If we can get people to have those kinds of conversations then we have done our jobs.”

Overall, the cast and artistic team are focused on making the audience connect with the material. “Like us, these characters are each on a quest for their own meaning of beauty,” said Peterson. ” I hope the audience will be able to see parts of themselves in this story, and hopefully leave questioning what beauty is to them.”

reasons to be pretty runs January 29 – February 26. Click the logo below for tickets and more information! 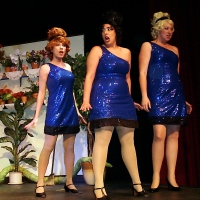 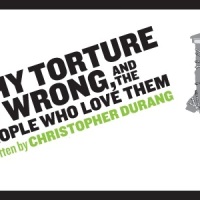