As probably the pinkest musical ever to hit Broadway, Legally Blonde: The Musical brings all of the fun and guilty pleasure entertainment from the hit Reese Witherspoon flick to the stage and fills it with even more, to paraphrase, pep and snap. Elle Woods follows her heart to Harvard Law in order to win back her man, and along the way gets wrapped up in a trial that helps change her life.

HE SAID: The musical, like the movie, is simply entertaining and that is about it. You go for the fun of it all – the unbelievably catchy tunes, the fun costumes, and the hilarious moments brought on by sticking a (seemingly) ditzy blonde in Harvard Law. In my mind, this production has one solid moment of heart aside from which this show, and this production in particular, makes you laugh non-stop until you’re pink in the face!

SHE SAID: In some ways, this musical is just the opposite of it’s charismatic main character: the book can totally be judged by the cover. Most of the comedy in the show comes from the mismatch between the stuffy, heady Harvard Law crowd and the squealing sorority girls cheering Elle through her journey. Unlike that comic incongruity, this enjoyably fluff piece is a great match for The Arvada Center’s summer musical slot. Its biggest asset is that it’s written to be so engaging and fun, that it’ll please the most ardent fans of the movie, and be thoroughly entertaining to those who have never heard of the film.

Ensemble and Hayley Podschun belt out the number “So Much Better” — Photo by P. Switzer

HE SAID: The weight of the show almost entirely sits on the shoulders of the actress starring as the main character, Elle Woods, played in this production by Hayley Podschun. Her voice is stellar – a requirement for such a power role. She also does a fine job bringing out the innocence and sweetness in the character, which could easily have fallen into a ditzy stereotype. How much heart and depth this show has can be debated, but there is at least one moment I am glad to see landed with complete earnestness. The titular song is actually a lamenting ballad which turns to a duet between the shattered Elle and her mentor, Emmett, who realizes his feelings for Elle a bit too late (or perhaps just in time). Not only is it musically beautiful, but it really reveals the soul of the piece and Podschun and Brett Ambler nailed the moment entirely.

SHE SAID: Podschun definitely was able to strike a balance between the internal and external charm of the character, making it hard for the audience to take our eyes off her (as if we had a chance). Ambler as Emmett was just as endearing as Jeffrey Roark as Callahan was smooth and cold-hearted, which made for an enjoyable contrast. I also really enjoyed Sarah Rex as the larger-than-life Paulette, who brought legitimate comic skill to a role that might otherwise drift into flat caricature. The ensemble kept busy playing a number of roles, including Elle’s sorority sisters, classmates at Harvard, and various characters in Elle’s big-break murder trial. They flipped back and forth with skill and dexterity and the great time they seemed to be having was, like, totally contagious.

Oh My Dogs, You Guys!

HE SAID: Along with a cast full of wonderful talent, there are two special stars. Fans of the movie will remember that two dogs are have featured roles – Bruiser, Elle’s pet Chihuahua, and Rufus, Paulette’s canine friend who was taken by an ex-lover. Not only do these dogs walk on stage through scenes, Bruiser even sat quietly in a bed for a pretty lengthy song. Be prepared to not full understand the dialogue of the scenes going on the first time either of these dogs make an appearance.

Hayley Podschun as Elle and Bruiser — Photo by P. Switzer

SHE SAID: The dogs weren’t the only pleasantly distracting decor onstage — Project Runway All Stars winner Mondo Guerra designed the costumes, which are always fun to watch for. The costumes for Podschun as Elle are especially creative, and perfectly suited for her figure.  Scenic designer Brian Mallgrave handles the multi-location plot well, including an impressive (though slightly noisy) door that rises and falls to reveal new sets throughout. The choreography is VERY fun and appropriate, although I think I held my breath during the entirety of “Whipped Into Shape,” just waiting for the jump ropes to become tangled in limbs, hats or wigs (which unfortunately did happen a few times).

Tell us what YOU SAID

Head to Arvada if Entertainment Is “What You Want”

THEY SAID: If your mixed feelings on the film have left you unsure that Legally Blonde in musical form is right for you, trust your intuition. The production has all of the sass and fun of the movie. Seeing this production won’t change your life, but it’ll get some catchy tunes stuck in your head for a week or more. The energetic cast, eye-catching costumes and adorable pups are sure to brighten your day. If your theatrical scorecard doesn’t give high marks to design elements being perfectly pink, this show isn’t likely to change your mind. But if you think that every blonde should have her day in court, you’ll certainly appreciate this musicalization of this charmingly preposterous plot. 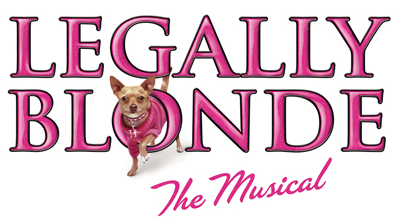 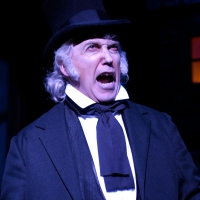